Oxygen is present everywhere on the earth’s surface and in living waters. We know that this gas plays a vital role in all life processes.

Natural air near the ground has the following approximate average composition

This mixture can fluctuate in composition, either for climatic reasons (thunderstorms, altitude, ambient humidity) or as a result of pollution. The proximity of cities and industrial sites modifies the composition of the air by adding residual gases such as carbon monoxide, nitrogen oxides, sulphur dioxide, ozone and dioxin and certain organochlorine or hydrocarbon vapours for example. Aerosols containing particles of pesticides, herbicides, heavy metal oxides or salts sometimes form toxic mists in addition.

When breathing, the body takes in the necessary amount of oxygen (O2) from the ambient air.

The lungs, through the interface of the pulmonary alveoli, allow the diffusion of this oxygen into the blood. In the blood, thanks to catalytic processes, this oxygen binds to the haemoglobin of the red blood cells and is then distributed throughout the body. A significant amount of oxygen also enters the body through skin respiration. This process involves special electrophysical mechanisms. During this diffusion through the pores of the skin, oxygen interacts with sodium, chlorine, potassium and carbon dioxide (CO2). All of these ionic exchanges generate ion currents throughout the body and these currents in turn generate electrical signals that enable the brain to control various organic functions.

The skin has a particular resistivity to the passage of low intensity currents. Certain skin points have well-known electrical properties: these are the acupuncture points [1, 2, 3]. By measuring the resistance of these points, it is possible to assess whether certain organs are functioning properly or not [14].

In principle, oxygen in the air is present almost everywhere on earth and in the same proportions. However, many health problems are related to the lack of oxygen absorption: some circulatory problems, some degenerative diseases of the heart and brain, some visual problems, etc.

Oxygen must perform its oxidative functions within the body: it is delivered via the blood vessels wherever it is needed. But in each case, oxygen must have a pressure adapted to the role it must play. This pressure is known as the “partial pressure of oxygen”: pO2 . This thermodynamic concept of “pressure” should rather be interpreted as “biochemical availability” [15, 16]. In natural ambient air, this partial pressure is about 160 mm of mercury (= 0.210 atmosphere).

When oxygen is transferred from the atmospheric air to the respiration processes in the cell, the partial pressure of oxygen gradually decreases. (see figure 1)

Fig. 1: Progressive decrease in the partial pressure of oxygen as it passes through the body.

The oxygen requirements of the body differ depending on many factors, such as the nature of the activity performed, nutrition, state of relaxation etc…

During exhalation, the gaseous residues released by the body’s functions consist mainly of carbon dioxide (CO2 ) and water vapour, but also of excess unused oxygen (O2 ).

The biological balance between the supply of oxygen (O2 ) and the release of carbon dioxide (CO2) can be controlled by the pH and rH2 values according to the bioelectronics of L.C. Vincent [4]. The normal pH value of blood is between pH 7.3 and pH 7.45 and the normal rH2 value is between 22 and 25. Any significant change in these two blood parameters indicates an oxygenation problem.

An abnormal increase in CO2 in the blood or a decrease in the partial pressure of oxygen (pO2) in the organs quickly leads to biological disorders.

The gas molecules in air are normally electrically neutral. They carry positive and negative electrical charges that balance each other out.

Ultraviolet radiation from the sun, radioactive radiation from the earth and the atmosphere, and certain electrical discharges (lightning) cause electrons to be torn from gas molecules [5]. These electrons then attach themselves to other atoms or molecules. The molecules affected by these phenomena are therefore no longer electrically neutral. They carry a charge and are therefore said to be “ionised”. 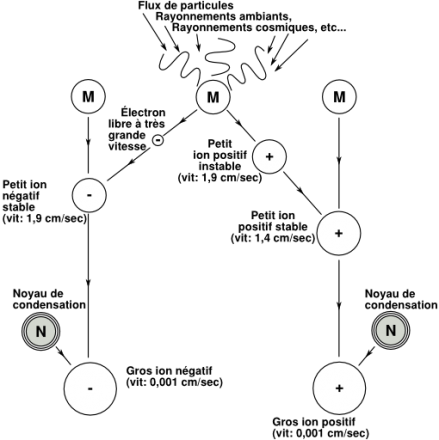 A distinction must be made between small ions, medium-sized ions and large ions:

Ions in the air differ in their mobility, which is a function of their mass.

The mobility of ions depending on their respective masses is shown in the table below:

Table: Ion properties in the vicinity of the ground surface (according to R. Mühleisen).

In the underground (confined air with electric discharges), only 3 to 4 negative ions are measured per cm³ of air.

Artificial ion production is usually achieved by the release of charges due to the corona effect. The basic principle is to apply a high voltage to a needle tip, a wire or a similar electrode.

For some time now, modern technologies have made it possible to produce ions of defined polarity without emitting harmful gases such as ozone (see end of this document) or nitrogen oxides. These processes use special materials, special forms of electrodes, and specifically modulated electrical currents.

The electrical power output is maintained at a level that is not dangerous due to body contact with the live electrode tips.

Ions have biological properties that differ according to their polarity, and it is clear that ions with negative polarity have an indisputably beneficial effect on living organisms.

When the molecules of the gases making up the air are negatively charged, oxygen is preferentially ionised. On the other hand, carbon dioxide (CO2) ionises positively.

Negative oxygen ions, which are absorbed by respiration, immediately come into action as a function of the oxygen partial pressure pO2, as analyses of gas components in the lungs have shown. Indeed, biological mediators with an ionic structure are the most active [6]. These ions are distributed in the respiratory system as follows:

Research carried out at the Research Centre for Electrobioclimatology at the Institute of Hygiene at the University of Heidelberg has shown that under the influence of air ionisation, the partial pressure of oxygen (pO2) increases in the blood of the test persons:

Fig.3: Decrease in heartbeat rate in people under the influence of ionised air (according to A. Varga)[9].

The biological activity of ions can be briefly described as follows:

The ionisation of the oxygen in the air is to be compared to an immediate and direct supply of energy that tones up the blood circulation. Ionising the air in a room with a device that emits only negative ions and does not produce harmful gases at the same time makes the air healthier. As mentioned above, the ions bind to each other and to the pollutants in the air after a very short time. Pollutants include: fine dust, odour particles, bacterial germs, toxic vapours such as dioxin, formaldehyde etc. A negative ion generator creates an electric field between the device itself and the floor and the walls of the room where it is installed. This is achieved by the potential difference between the high voltage of the generator tips and the uncharged walls of the room. The particles in the air will migrate to the opposite pole according to the lines of force of the electric field. In this way, the air is purified. Experiments have been carried out with air containing microbial germs of all species as well as sulphur dioxide and formaldehyde vapours, among others. The results are clear. Figures 4 and 5 show two experimental results.

An important, albeit indirect, physiological activity results from this air purification. When one considers the large number of allergy patients whose attacks are triggered by air pollution (those suffering from hay fever, for example), it is easy to understand the role that an air ioniser can play. The application of an electric field will reduce the amount of pollen grains and germs in suspension and create a much more favourable climate in the room (Fig. 6). Russian and American researchers even consider room air ionisation to be a therapy [17, 18, 19] for certain pathologies related to age-related degeneration.

Fig.5: Removal of dioxin and sulphur dioxide from the ambient air of a kindergarten. [8, 9] 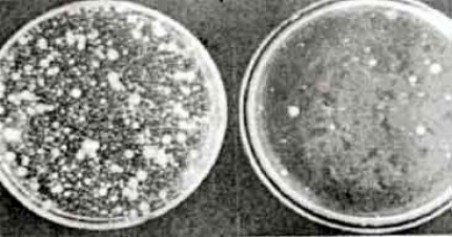 Fig.6: Germ reduction by the activity of a negative ion generator. [11]

Ken Hammond of the USDA has conducted experiments. The petri dishes below show the effects of sterilisation produced by negative ionisation of the air in a chamber aerosolised with Salmonella enteritidis. The picture on the left is untreated, the one on the right is treated with negative ions. 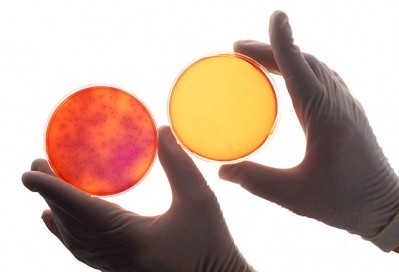 In summary, it can be said that the ionisation of oxygen in the air is of great biological and physiological importance:

Comparative effects of positive and negative ions according to the book by P. and S. Déoux: “L’écologie c’est la santé” [12].

Ozone is an unstable oxygen molecule. Instead of forming oxygen with two coupled atoms (O2), under certain conditions (ionising radiation, action of nitrogen oxides from combustion engines, etc.), oxygen forms a molecule with three atoms (O3). Because of its instability, this molecule is very reactive and tends to attach itself to many organic substances and neutralise them by oxidising them. In the past, this property of ozone was used to clean up certain chemical laboratories or areas contaminated by bacteria during working hours, but it was soon realised that the remedy was worse than the disease, as people living in these premises developed tracheitis, bronchitis, rhinitis and even skin problems due to the irritating effect of ozone [13].

However, ozone is used to disinfect tap water and swimming pool water. The bactericidal and germicidal activity of ozone in water, however, diminishes very quickly with the length of the pipes, which leads to some reluctance to use it more widely in this area.

Ozone is mainly produced in everyday life when sparks occur on electrical appliances (corona effect of high voltage lines, rotating electric motors of household appliances, various electrical discharges, ultraviolet tubes, photocopiers, laser printers etc.). In a normal enclosed living space, the ozone concentration is about 0.0015 parts per million. Ozone can be detected by its distinctive smell even at very low concentrations in the air. A cloth put out to dry on a lawn in summer (as our grandmothers used to do), in dry weather, emits this particular smell when lifted up after drying.

Some negative ion generators, by design, emit fairly large quantities of ozone. This is especially true of generators with concentric electrodes where electric arcs are produced at high power (higher electrical voltage). Users soon experience throat irritation, sometimes leading to tracheitis or bronchitis. Such devices should not be used at all, as their effect on health can be very serious in the long term.

Before purchasing a negative ion generator, it is important to ensure that it does not release ozone.