After reviewing the existing ionisers on the market, we came to the conclusion that only the French Teqoya range has based its reputation for decades on product quality and technological research. 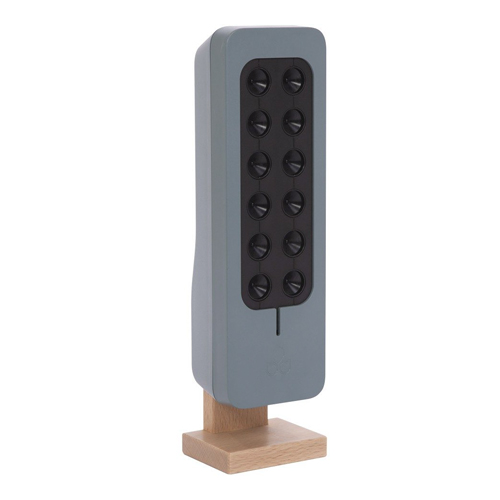 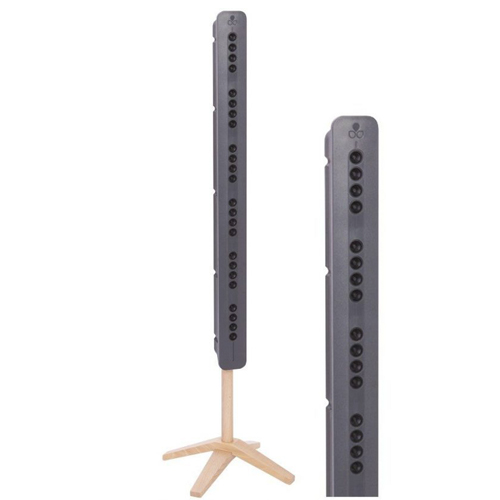 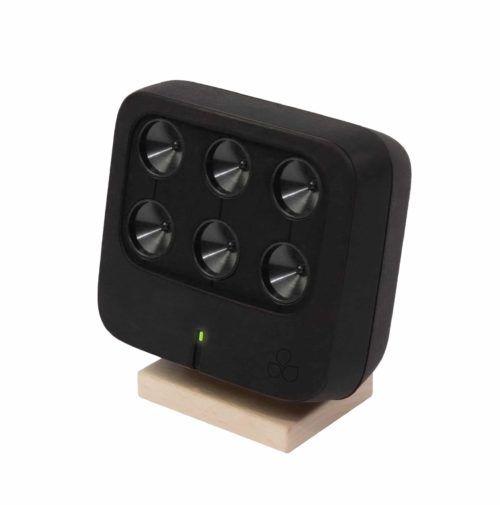 TEQOYA Ionizing Purifiers – How do they work?

A unique device for generating negative ions, with plasma over-confinement, producing neither ozone nor nitrogen oxides. The result of more than 15 years of research and development work, directed by Professor Jacques Breton, member of the New York Academy of Sciences and Officer of the Palmes Académiques in France(*)

This system has been used in vivo for several years in sensitive public places (nurseries, medical practices, offices).

Based on a patented technology, developed and improved over 15 years, the 100% ozone-free air ionisers neutralise particles of all sizes, even the most toxic.

TEQOYA air purifiers recreate the conditions in which negative ions are created in the purest environments on the planet. These negative ions are true natural depollutants and, by purifying the air, benefit our health.

(*) Professor Jacques BRETON
Doctor of Physical Sciences (State Grade) and Vice-President and Research Professor of the University of Bordeaux. Officer of the Palmes Académiques – Knight of the National Order of Merit Member of the New York Academy of Sciences. President and Scientific Director of the Centre d’Etudes et Recherches Bioclimatiques d’Aquitaine (C.E.R.B.A.) (1990). Lecturer at the International Certificate of Human Ecology (8 European Universities): “Physics of the atmosphere and ecology” / atmospheric electrical and ionic phenomena, their relationship with the living environment, their impact on health (1976 – 2000).

The TEQOYA range of ionisers are 100% designed and manufactured in France, with no planned obsolescence. All TEQOYA air purifiers are covered by a unique 10 year warranty.

The appliances are made from environmentally friendly materials. The natural French beech wood used for the legs comes from a PEFC-certified source. Our cardboard and paper come from an FSC-certified source. The packaging of TEQOYA products is 100% recyclable.

Purify your air the natural way with TEQOYA air purifiers

In addition to their ability to purify the atmosphere, our health benefits from air rich in negative ions, as reported in numerous scientific studies.

Initially, the high density of negative ions emitted into the ambient air leads to their rapid capture by the particles, large positive ions, which neutralise them.
These neutral particles, subjected to intense electrical forces created by the negative charges, are polarised, allowing the capture of one or more electrons.
The large negative ions thus created carry a negative charge that increases with the surrounding negative ion density
All the particles present, whatever their size or nature, acquire a negative charge.
This large electrical charge causes an increasing mutual repulsion of the micro-particles sufficient to precipitate them towards the (usually positively charged) floor of the room. 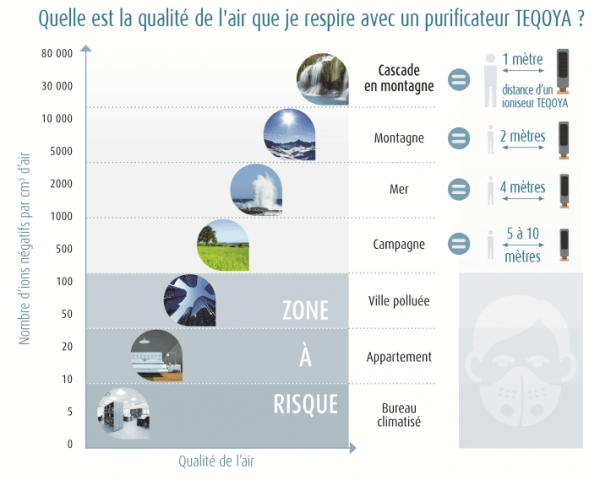 TEQOYA ionisers as a source of negative ions

In addition to this purely “kinetic” effect, there is a second germicidal effect of equal importance on the bio-contaminants present in the air: bacteria, viruses, etc.

Thus a double operation is achieved : 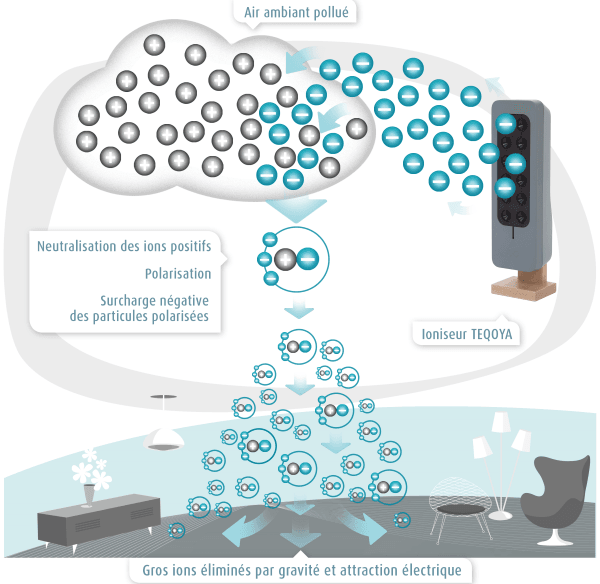 A unique device for generating negative ions up to 30 m2 that produces neither ozone nor nitrogen oxides. Result of more than 15 years of Research and Development work. 10 year warranty!
IN STOCK !

A unique device for generating negative ions up to 50 m2 that produces neither ozone nor nitrogen oxides. Result of more than 15 years of Research and Development work. 10 year warranty!
IN STOCK !

The TEQOYA Nomad car air purifier goes everywhere with you and provides clean air in your car. Portable and discreet, the car air ioniser spreads negative ions evenly throughout the cabin.
IN STOCK !